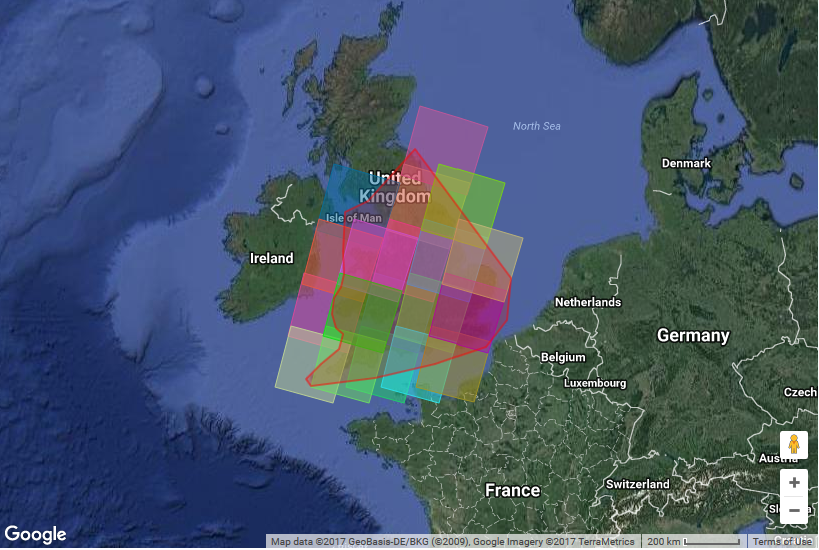 This week Planet successfully launched 88 of its doves, taking another massive step forward in mapping the entire planet daily. I have written about the dramatic increase in temporal resolution data several times in the past. It is worth repeating though – I think – that while Remote Sensing is not new, the level of data available is at unprecedented levels.

This is what it looks like when 88 #cubesats deploy from the side of a rocket into space. Fly free, @dovesinspace! pic.twitter.com/XUFnqpmQgL

This pending explosion of data has again made me think of how the cost of data has changed. I have written about this world oil article before here.

As of 18th Feb 2017 if you wanted to build a time series of Landsat 8 tiles (not all are cloud free – it is England and Wales remember!) you have 1672 multiband images available.

Almost 4 years of Landsat 8 data, based on 1990s prices, would have cost a bit more than $7.3 million. Thanks to the free and open policy that ESA have also adopted this data is free today and that frankly is incredible and opens up an amazing resource about our planet.

This brings me finally to storage. Cloud storage is perhaps the only way to manage this vast amount of data. It is not too long ago that satellite data was being delivered on 10s of CDs and, later, DVDs. Today, storing this amount of data on the cloud is perhaps the only option. I wonder if this is going to drive more compressional image formats to help make this data more ‘manageable’.

I found this an interesting article

“A WORD OF WARNING: storage has never been cheaper with headline storage costs looking ridiculously cheep, but pricing can quickly get complicated and unpredictable especially if you plan to move large volumes of data”

Without these falling storage costs would this new era of Earth Observation even be possible? I’d love to know your thoughts.