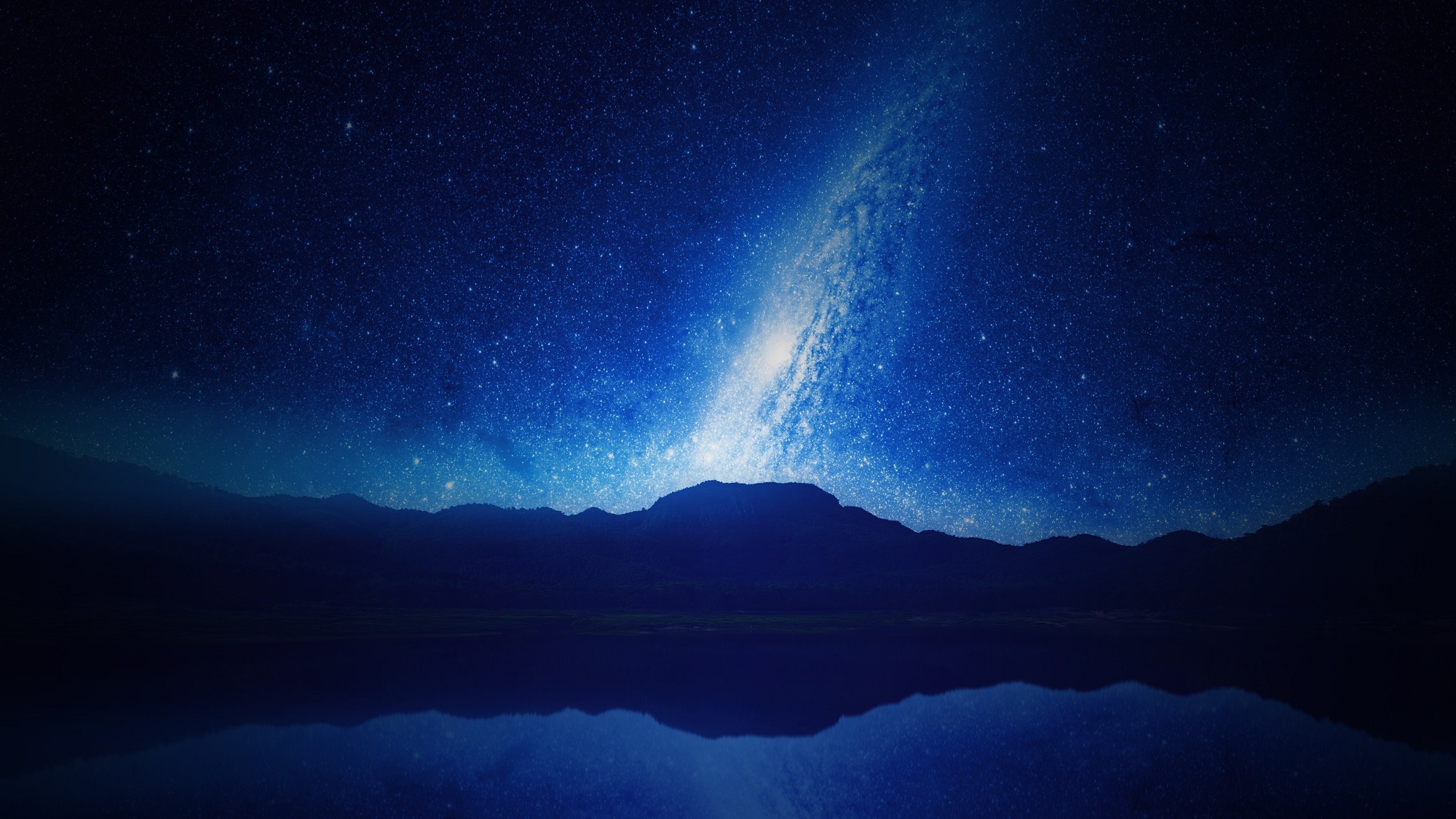 I wrote a brief blog on the ESA #FutureEO event a couple of weeks ago. If you would like to read about the event you can find it here.

One of the big draws of this event was that it was streamed live to the world and you could interact by sending your questions via Twitter. The event was of a high calibre and I was pretty sure that ESA had managed to increase awareness of Earth Observation. To that end I wondered what data I could extract out of twitter and if that could provide any insights.

I expected that on the day of #FutureEO there would be a large number of tweets and I also expected to see a slow increase and a tailing off of tweets.

What I found was a spike; 725 tweets sent on 11th May with ‘futureeo’ or any derivative of capital letters. 88 the day before and 42 the following day. Perhaps on reflection this is not too surprising. @ESA_EO sent 183 of these tweets. In fact, the next nine most tweeted from accounts accounted for another 249 of these tweets – almost 60%. How many different accounts tweeted ‘futureeo’? 237. That seems like a reasonable amount of accounts (people?).

I went looking for historical data on Twitter about EarthObservation and RemoteSensing (either with or without the hastags). I could extend by also searching for ‘Earth’ and ‘Observation’, but this seems the simplest.

From 15th Feb 2009 till the start of this month (May 2017) here is a graph with the number of tweets including the term ‘earthobservation’. 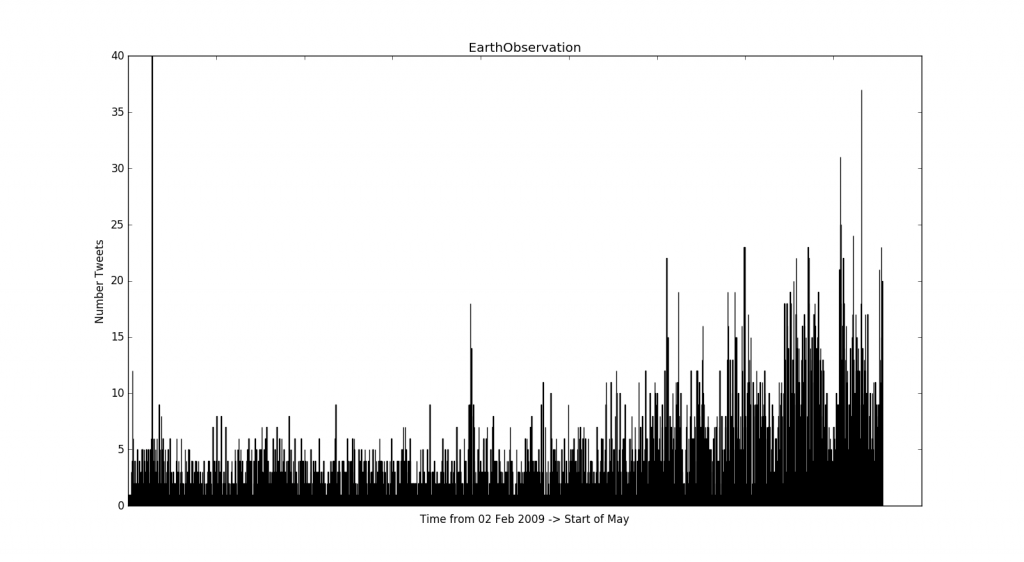 The pattern is increasing (but then so are the number of twitter accounts?), but generally a good day would get 10 mentions and a great day 20 or greater. What happens when I put the rest of May back in (i.e. searching for ‘earthobservation’, not #FutureEO). Did ESA move the needle?

The answer is yes, with a but. On 11th May (the day of the #FutureEO event) 176 tweets containing the term ‘earthobservation’ were sent, with 73 the day before and 59 the day after. The previous highest was 40, achieved only once. 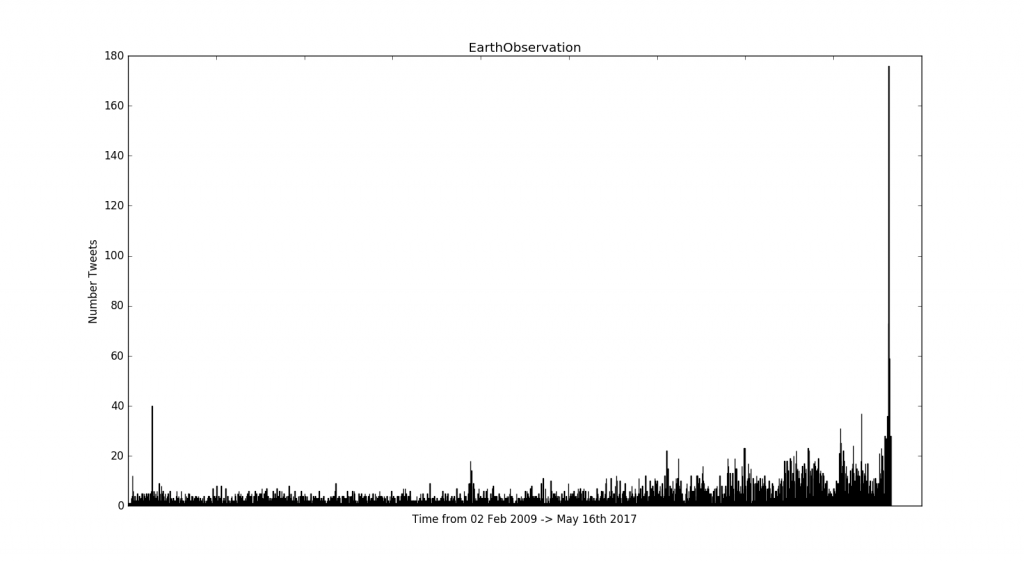 When I dig into the data these numbers are being skewed by the ESA_EarthObservation twitter account. They sent 127 tweets that day. Which means that 49 tweets were sent; still a record day, just not quite as impressive as it first seemed. If I remove @ESA_EO for the data then the graph looks like this 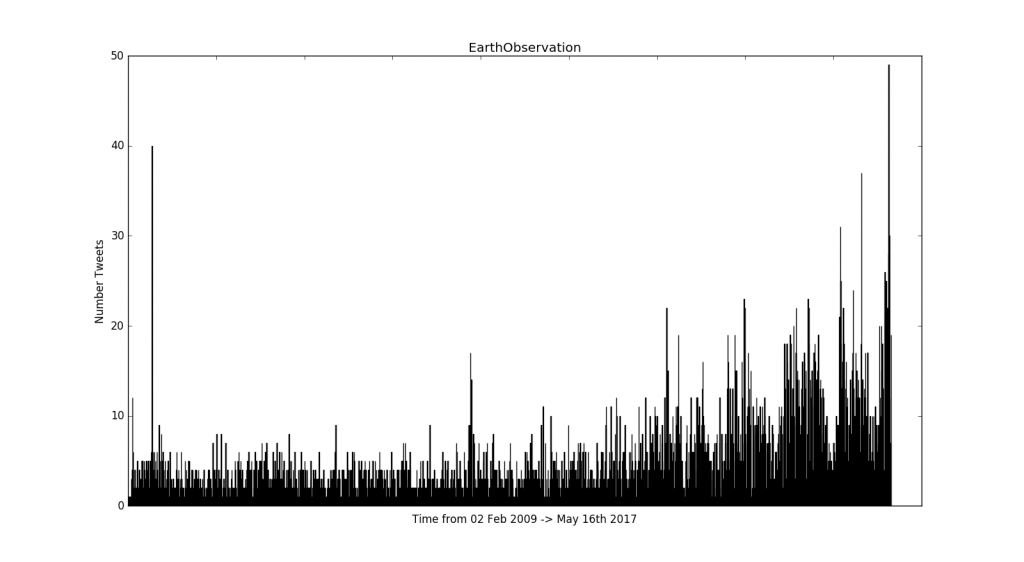 Still, the trend is increasing and 11th May is the record for the number of tweets including the term earthobservation.

EarthObservation is catching up month by month!* 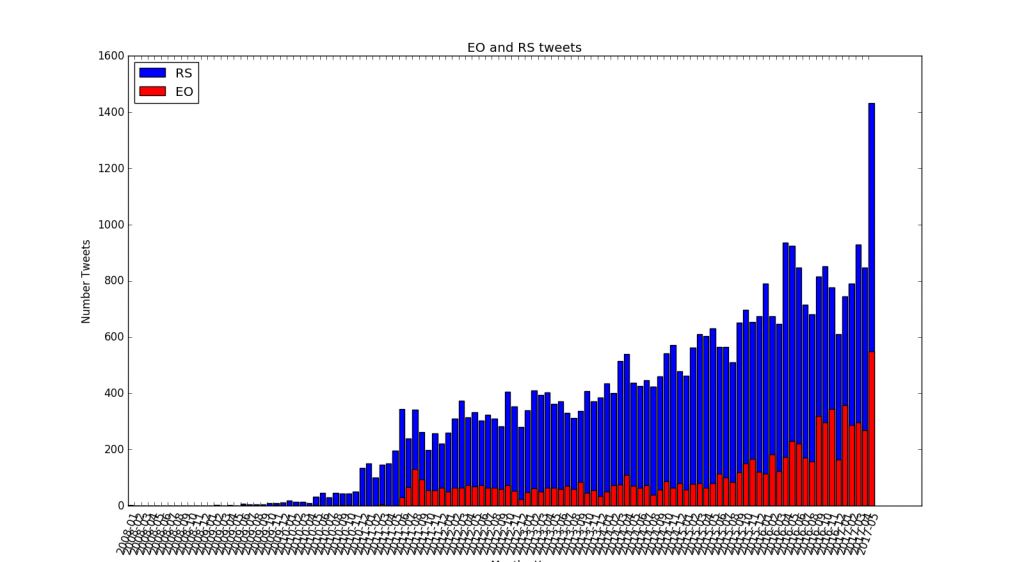 *The graph below shows the same data up to 18th May. Since then there has been a huge spike in ‘remote sensing’ tweets, due to a large number of tweets from 1 or 2 twitter accounts (as the above graph shows), this was the graph I originally planned on including here:

The interest in Earth Observation continues to grow, the trend seems to have started circa summer 2015. So what happened in Summer 2015? – Sentinel 2a launched, Planet bought BlackBridge (Rapid Eye), Descartes Labs spun out as a company, TripleSat launched, Urthecast purchased Deimos.