Permitting & geofencing (again) in the Oilfield

Building on from my previous post, I wanted to follow up with an example. But first this.

To create a land parcel I can digitise a satellite image, directly record the boundary on the ground, adapt an existing dataset or work with a scanned paper map. I could create a series of buffers around a point, for example create a perimeter around any well pad. The polygon can have land owners’ details, status of the permit and a date the land parcel was last visited.

In the example below I have 10 source lines, the line interval is 400m and the source interval is every 12.5m. My land parcels are highlighted in purple when no permission is granted for access and green for when permission has been granted. I could click on each land parcel and extract more information. 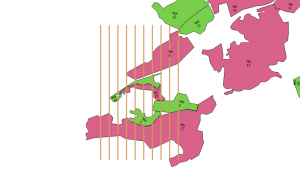 A spatial query provides a way to quickly communicate information about the permitted or unpermitted areas. 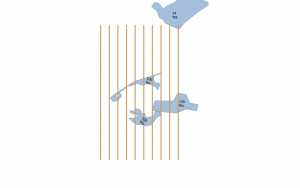 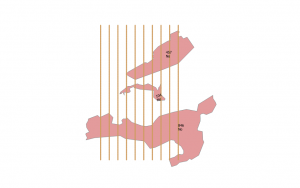 If I used each one of these land parcels as a geofence I could record every time I crossed into a permitted or unpermitted area.

To model this, I used QGIS to plot a seismic shot every 10 seconds. In reality the sweep is almost certainly longer than that. The coordinates are in a random location in Sussex, UK (not oilfield) and are generated to plot south to north every 12.5m. The points are then mapped on the screen, created in memory, in QGIS. Every time a point is plotted a call is made to check whether it is in a geofence.

Here is a video of me talking through the process:

The code is available here:

The functions I used are adapted from these sources:

I used QGIS for this example but it could be easily implemented into ArcGIS or any other GIS software.