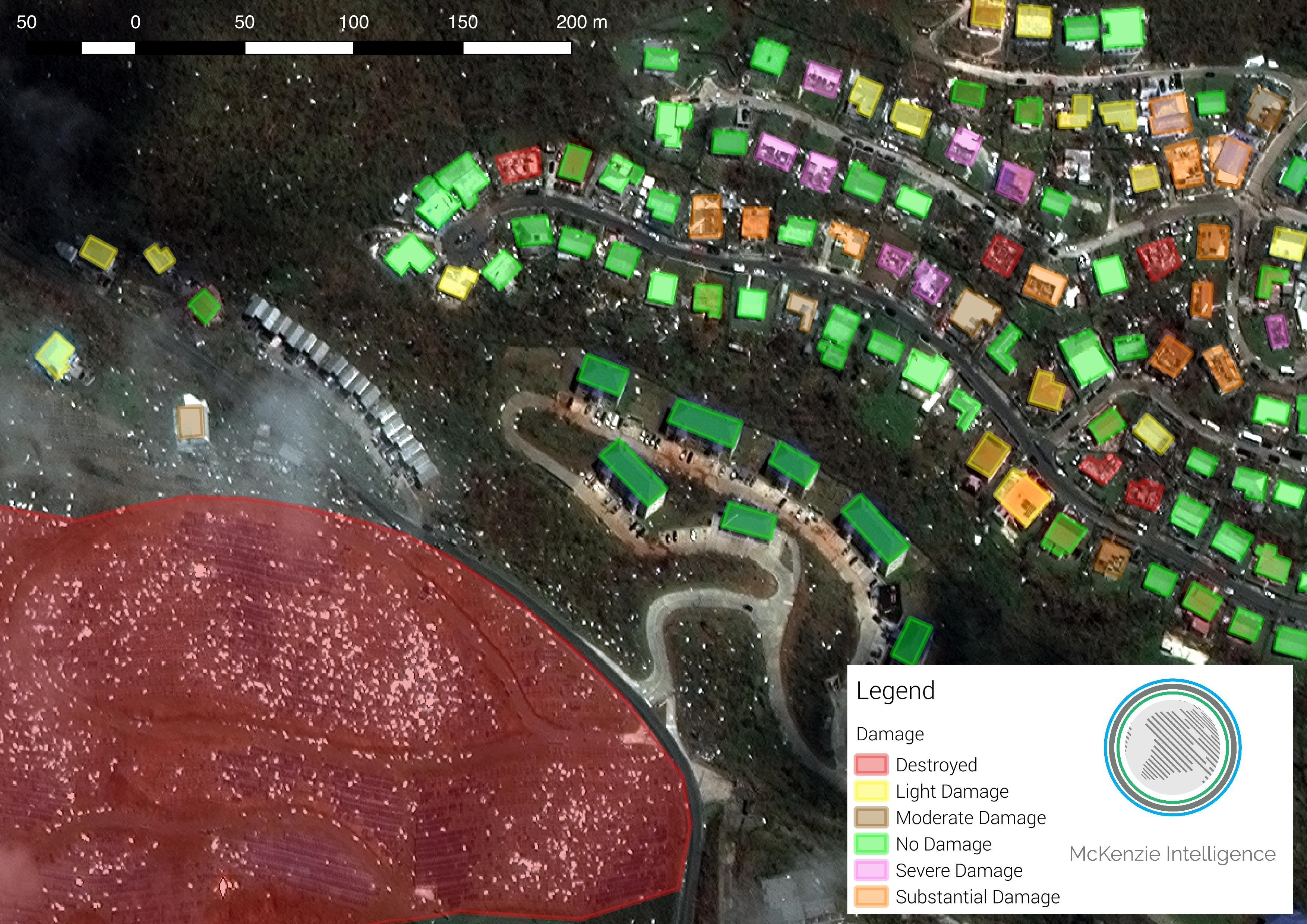 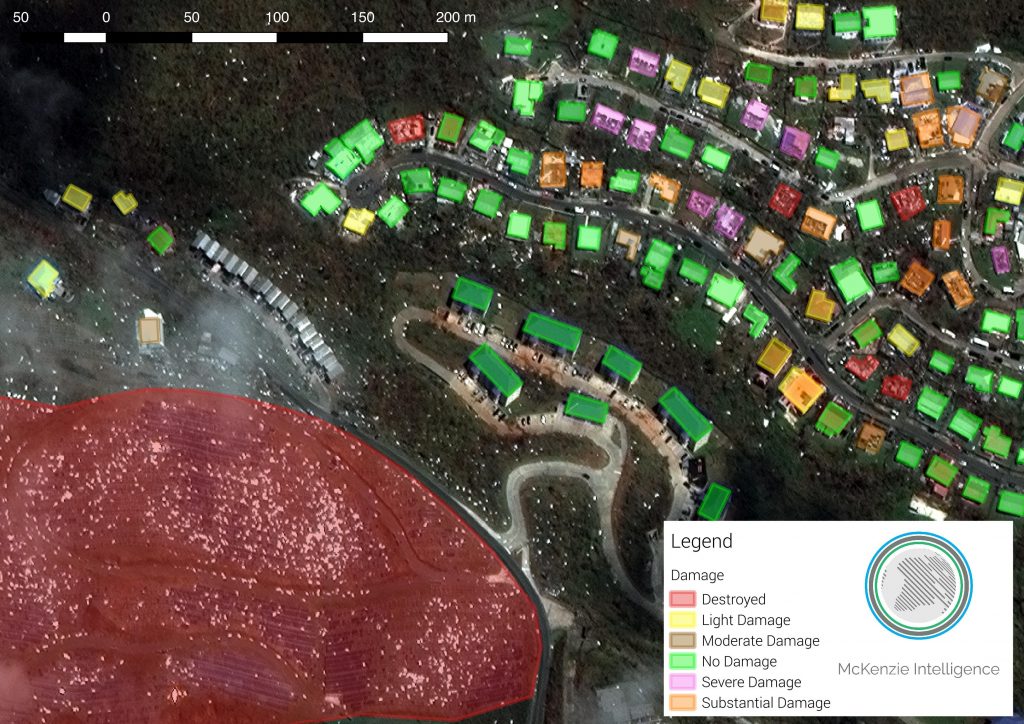 Earth Observation data is part of the foundations of MIS; you could say it is at their core. Being fundamentally a Geospatial company, all of their insights are built upon a layer(s) of remotely sensed data. I believe that today we are in the middle of a new space age, as the cost to space has fallen dramatically, causing an explosion in Earth Observation data. In this series I will showcase how the Internet of Things (IOT) is changing as well as complementing the way we use space derived data. I’ll pass over examples from the insurance industry, where in 2017 America suffered from storms, fires, floods and heat causing at least $306 Billion in destruction.

In this, the first post, I will look at this new sustained period in the evolution of Geospatial data. With large growth forecast in automated vehicles — especially cars — highly accurate mapping is taking centre stage and is a critical component to its success. A significant amount of this data is and will be space borne. In recent years there has been an explosion in the number of satellite launches, with 367 in 2017 which includes a world record 104 satellites launched from one rocket alone.

2018 is set up to be another boom year for the space industry, with major launches already occurring in January 2018. The biggest growth is coming from CubeSats. These are much cheaper to build than the Satellites that have traditionally been launched. This has opened the barriers to a flood of data; the open policies of ESA and USGS/NASA have contributed to a rapid growth in Earth Observation data being downloaded as the Landsat statistics report here. With all this data the challenge is now on to use it in the most efficient way while at the same time making informed decisions.

More than just a basemap — harness the data

Not too many years ago the number one reason for using a satellite image was as a basemap. These images were commonly used as another layer in a GIS, a snapshot in time to provide context to a project or a map. Change detection, for example, was done on imagery separated by months or even years as data was prohibitively expensive and scarce. Undoubtedly when Google Earth arrived we entered a new period in which Geospatial technology, its usability and information volumes all dramatically improved. However, the main use for this data was still for contextual information.

Fast forward to today and there is now arguably more Earth Observation data being gathered than we can possibly look at. This has the potential for an area of interest to have several images covering it. Due to this increase in volume, passive sensors providing optical imagery should have a greater chance of a cloud free image — though this is never guaranteed. Perhaps the biggest challenge the industry faces today is how quickly these newly acquired images can be distributed to end users. This deluge of data has led to a boom in analytics derived from imagery, giving detailed, unbiased information at speed. Now is the time for scale. Gone are the days of relying upon one single image and trying to interpolate known events onto them. Now these events can be seen and measured in near real-time. For example, pre-flood, extent of a flood, damage from a flood and actions taken to prevent the next flood can all be studied in increasing detail. It is these unpredictable events and the devastating impact they can cause that we can help provide insights from and help mitigate against.

MIS was founded in 2011. From their military background they were, and still are, experts in imagery interpretation. Using very high-resolution satellites (VHR) they have been able, with their combined vast experience, to quickly look at changes on the ground via tasking satellites. To be able to assess but also understand change is essential to support on the ground decision making. Doing this at high speed enables insurers, for example, with process claims management within 72 hours of an event taking place.

It’s not just static images though; MIS have worked with video from space since its inception in 2012 when TerraBella (formally known as Skybox prior to the Google acquisition) first brought video to the market. Working closely with both Skybox and Google as the European and North African partners helped leverage this exciting new technology. Being at the forefront of this new technological wave ensures it has put them in a position to harness this deluge of data combining deep experience of adding value to Earth Observation data.

Is data the new oil?

This is what the Economist asked in May last year . The world economic forum felt the answer to the question was no.

“Unlike oil, the value of data doesn’t grow by merely accumulating more. It is the insights generated through analytics and combinations of different data sets that generate the real value.”

Data is the new Oil says The Economist https://t.co/K9uBjfThUH pic.twitter.com/C16ALGcHgI

The key words in this quote are “insights” and “combinations”. Satellite imagery has so far been proved excellent at understanding the Earth’s Surface; even today the most common use of Landsat data is Landcover /Land use mapping. In the past few years there has been an explosion of analytics-based approaches to satellites imagery, counting objects such as boats or cars. There are even more insights to come though, especially by combining different data sources. By combining data informed decisions can be reached, whether through the validation of information or providing evidence for disproving erroneous assumptions.

In the insurance technology (insure-tech) sector the most interesting things cannot necessarily be or need to be counted. We might not even have an image of a flood event or storm as cloud cover can prevent a clear view of the area. The insurance industry is getting smarter and more automated (11):

“Technology will reduce the resources required to do business, particularly in the areas of policy checking, data entry and monitoring for supplies. The claims process will become quicker and more efficient as human oversight of the process will only be necessary for correcting inconsistencies and issues” .

Earth Observation data is one component in this technological value chain. It is more though than just a static image, it is a vast array of data. It is how this data is utilised which will help enable further automation in the sector.

What MIS do is a lot more than just looking at pictures from satellites, and next month we will take a deeper look at Earth Observation and the internet of things.

You can find out more about MIS here http://www.mckenzieintelligence.co.uk