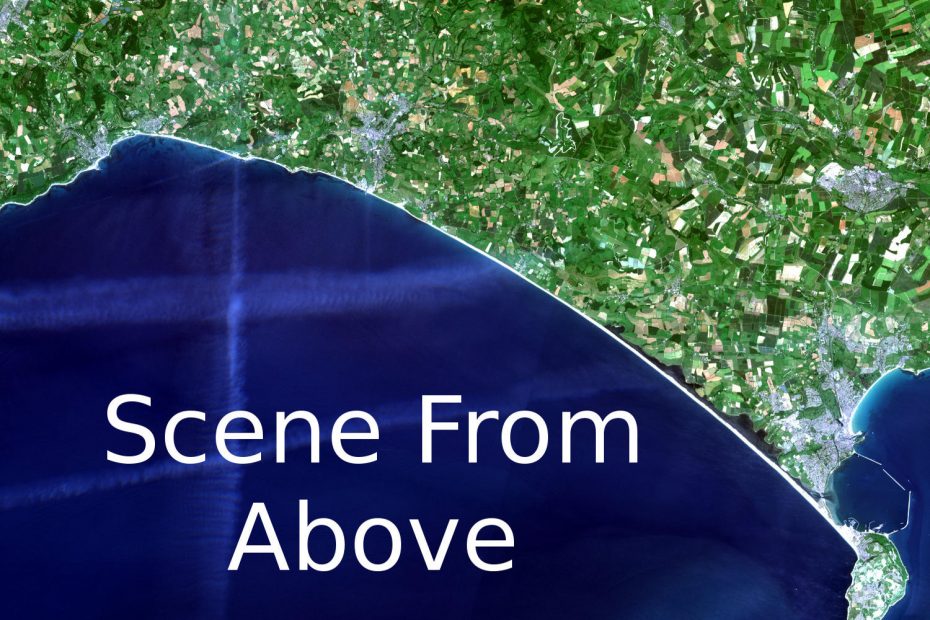 This post was my ‘script’ from the scenefromeabove S11E6 podcast. If I have missed something it is entirely on me, this gives perhaps a 5% flavour of the Earth Observation world. I have not included all the links, the ones included are at random. If missed please do go back and look at the show notes for the podcast in that month. Apologies from any mistakes they are entirely mine.

At the start of 2021 we asked a question

Will be the year of…

In January Oxford University was counting Elephants from space remembering that in 2020 Penguin poo identification was a proxy for colonies. Landsat 9 got a launch date (and was in fact launched in Oct 2021). Even this early in the year we talked about climate change and now being the moment to act. 2021 was a year when climate was talked about alot.  But did much change? We had COP26 and again many angels for EO use. From Jon Amos “The most pressing mission with UK involvement is CO2M, which will monitor CO2 and methane. It was promised to the world to help with emissions stocktake assessments arising out of COP21 Paris. It needs to be up no later than early 2026.” The podcast encourages the UK government to commit to Copernicus and be a part of this mission.

In February there was discussion over a threat to the end of GDAL support (Even appeared to briefly walk away) , however this became a good news story of the year as GDAL ended up getting significant support and became a NUMFocus started support of the project it even has a prospectus! (special shout out to the small companies who contribute, they are not unnoticed. A good year for GDAL, however plenty of companies use it and frankly take it for granted. Micheal Jones, who was instrumental in Google Earth, died this month. Feb was the month for COG’s with Geosever and OGC supporting – but a quieter year on that side (so not the year of the COG), significantly more work on STAC. STAC v rc 1.0.0 out this month.

March – Etna erupts (so twitter does its thing). The HLS (Harmonised Landsat Sentinel) provisionally publically released – I haven’t heard any follow up. In March another common trend of 2021 is some seriously good tutorials and courses created and offered (freely!) – these are the golden times of learning. (https://un-spider.org/advisory-support/recommended-practices/recommended-practice-flood-mapping/python-step-by-step , future learn deep learning with EO course, https://appliedsciences.nasa.gov/join-mission/training/english/arset-satellite-observations-and-tools-fire-risk-detection-and , https://courses.spatialthoughts.com/end-to-end-gee.html ). The word of the month is SPAC  ‘special purpose acquisition company’, Blacksky, Tomorrow IO and most significantly Planet. The investor decks are gold dust for those interested in the long term business of these ‘startups’. But not everyone is so happy investor analysis such as nanalyze.com appear to be taking a very cynical eye.

April – EverGiven. Yep the EO image of the year – yawn. Quite a year for LiveEO as they cover series A funding – they are hiring well everyone is (growth trend indicator!). Less blogs it seems this year, but when they appeared they were stunners  the space speedometer from April was a particular highlight.

May – the Mega news, global landcover 10m map from Impact Observatory and ESRI. Based on Sentinel 2 data. We spoke with Steve Brumby about this in S11E3 and it is fair to say we were blown away with it. But, but, but Landcover was the unexpected star of 2021 with ESA releasing an incredible 10m product based on sentinel 1 & 2 called worldcover and Dynamic World (thanks for the heads up Emil!). It’s hard to compress this news, but suffice to say go back 2 years and try to imagine this on everyone’s desktop for free. It is thanks to ‘deep learning’, ‘open source’, ‘open data’, ‘progressive ESA policies’, ‘high compute’ ‘ temporal data’, or any copy pasted EO presentation in last 5 years. Don’t get fooled by boats stuck in Canals though, Landcover was where Optical imagery was at in 2021.

Also May, Carbon Mapper. ICE EYE continued on flood monitoring, we spoke with Shay in May about some of this work. May was the month of the funding round as well, Alba, Albedo, Satellite Vu. We pondered whether EO was starting to go ‘mainstream’ (it isn’t yet) and discovered the EO clinic – but is anyone using it? It’s only in review when we look at the trains of information that have gone past, so did this one land? May saw work for DEA Africa, in fact it was a great year for opendatacube, we spoke with Robbi about Australia coastlines in 2021 in July, an incredible podcast please do check it out.

Back in June though, superpixels using R it is not all Python you know. Plenty of cool things happening over in GEE including the impressive SAR watcher  plus the amazing resource that is awesome-gee-community-datasets and GAIA plantary intelligence and environmental management was discussed.

August RSGISLib new release (v5) promised – though doesn’t appear out yet, Vienna is using EO for climate planning, Remote Pixel is done, thanks Vincent. Khalid stepped in during the summer and talked about Digital twins.

September now STAC Tools for Sentinel 1 – in fact plenty of STAC tools, are end users benefiting now? Are suppliers all using STAC? We pondered whether twitch and youtube streaming become more of a thing in EO information dissemination. Autumn again is great for conferences. FOSS4G being the most obvious, a huge component of EO during the event.

October Landsat 9 is launched. Kate Fickas is present for the ladiesoflandsat – feels like a bit of a moment. Priya Patel has an EO tech newsletter. SistersofSAR website launched. Planet announces plans for Pelican sensor and fusion of SAR data. And openeo cloud is out (are you using this? let us know).

December. Google wants to save the world with satellite images, flooding in British Columbia   and geo4good resources. And the GEO highlights report

‘A year of events that have profoundly impacted our society: wildfires in Canada, flooding and volcano eruptions in Western Europe, severe droughts in Eastern Africa or Oceania and the persistent disruptive effect of the COVID Pandemics.’ (I did read it in the end)

And Planet goes public, and Google increases its stake to about 13%.

So was it the year of SAR, perhaps. Certainly the year Landcover got a huge kick and STAC gained more traction. The EO community remains a vibrant place with #eochat and hopefully continues to take steps with increasing and championing diversity. There are some truly excellent people in this community – thanks to you all.

I hope you have enjoyed the podast this year.