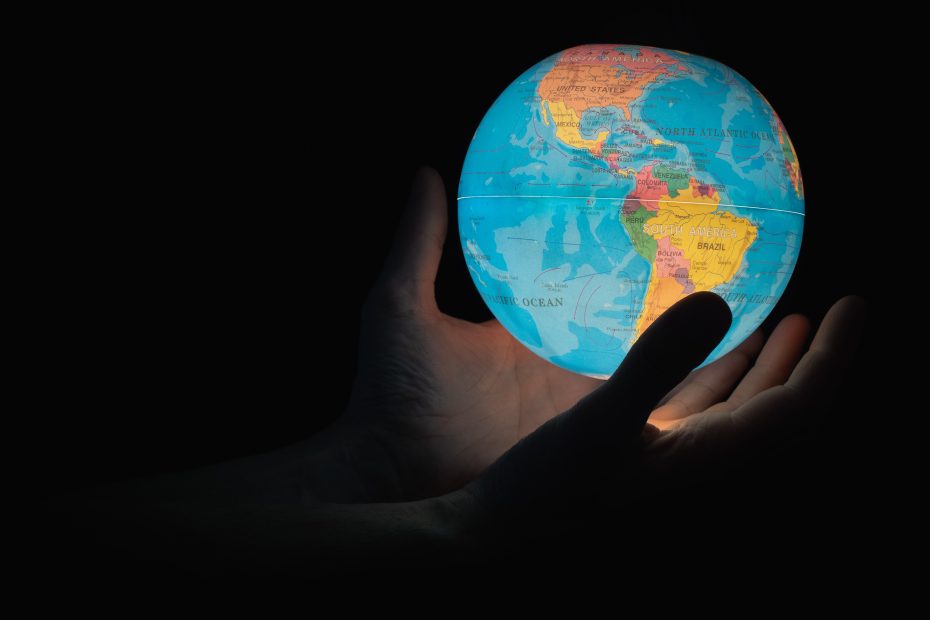 This blog is loosely a transcipt from the scenefromabove podcast season 12 episode 6. You can listen to it below. These, though, are my opinions.

When we started doing the podcast in Dec 2017 we were raving about Google Earth Engine (GEE) and if you’d asked me what Microsoft were doing in the Earth Observation / Geospatial field I think I might have struggled to expand more than bing maps. Today (June 2022) GEE still exists and has grown incredibly with a huge user base and lot of fans. One of the trends in the last two years or so has been the impact AI for Earth has been having. A huge part of that is the Planetary Computer. It is by no means a ‘new’ thing, but a recent huge new release of data it is about time we start taking the PC alot more seriously.

Just an aside, there is a very good argument for the most impactful companies working within ‘geo’ are not ‘geo’ companies. Google & Mircosoft are just two examples – there are several others.

You for GEE you will need a Google account. Then go here and signup

Allow for 48 hrs generally to get access. You may or may not get access, I don’t know how it is decided. If you want to use these tools commerically please reach out to the supplier.

This is not a technical deep dive it is a subjective view. I have my own biases (like everyone) and I reserve the right to change my mind. Software also changes incredibly fast, we are in a high data velocity field if you are reading this in the future (post June 2022) then please bare these caveats in mind.

The terms of use for both GEE and PC are somewhat hazy, I have used both purely in non commerical use as for research and investigative processes only.

GEE was unquestionably first to the ‘party’ and I don’t think it is too far fetched to say it radically changed Earth Observation. It was the first platform of its type to make available search and process on ALL* the data. *When I say ALL I mean ‘available data’, but in terms of time series I mean ALL. It was geniunely a shocking (pleasant) experience, I went from this loose idea that the cloud was the solution (most likely in some aws EC2 instance) to this very powerful Javascript front end – that looked cunningly like Google Maps but with a very powerful underbelly – that to non specialists was/is basically hidden. So they own(ed) the space as it were. Really, on the scale it operates, it had no direct competitor. I was first introduced to GEE by a PhD student at a QGIS user event that I had just presented at. He told me about this Google thing and honestly I thought he was mistaken – ‘no’ I told him ‘Google Earth is really only an incredibly powerful VHR viewer’ (understatement). I felt I had to check it out and was instantly a) blown away and b) hooked. Weirdly (though in hindsight perhaps not) the companies I knew in the UK where either unaware, unimpressed or just ignorant of it. We will build our own! – They didn’t and couldn’t compete.

Fast forward a few years and Microsoft’s Planetary Computer (PC) comes out. At first I wasn’t that excited about it, only limited people had access as well. So as said before, there is now a compelling reason to take a much deeper look at it. While it hasn’t got quite that wow game changer moment that GEE had I think it has the potential to outlast GEE today (that is some statement). So what is the PC, its a search and discovery tool through an increasing large data catalog and frankly the explore tool is best in class https://planetarycomputer.microsoft.com/explore?c=30.0586%2C29.9930&z=2.00&v=2 its also a processing hub and allows the building of applications on top of it. Sound familiar? It should do – basically its GEE.

So with this in mind lets take a look at some of the key differences between the two.

Firstly and the big one. GEE is Google and PC is Microsoft my access to both platforms is free. When something is free it can be turned off and that is a problem. Google has history on this. So what happens if both are turned off, well your GEE Javascript / Python code is pretty useless – you’ll need to rewrite. Your PC code though will be ‘OK’ as its built around open tools and standards – so if it gets turned off you can probably migrate away much easier than GEE. To me though I’m never that worried about this because I don’t think in June 2022 that I can see GEE going away soon and hey tech changes so fast anyway, code is always being rewritten.

GEE appears to have the foothold in academic institutes, if I was an employeer I would find this way more concerning. We are going to have a set of very educated, very smart, people who are experts on GEE. This may well be great for academic careers, but honestly I don’t know many companies using GEE commerically (but that again is my own bias) and those that I do know use it sparingly and in general wish to move away from it. Not because it isn’t a great product – it still in best in class I think – so many people work on it. The issue is a) cost, its very expensive commerically and b) the future of Earth Observation is open source I am increasingly convinced of this. Perhaps PC is used in academic environments, but I doubt extensively at present, I’m sure it will grow.

What are the pain points of GEE, the black box algorithms? Yep I accept that but do you really understand everything that your imported code is doing? Unless its changed recently, the way the deep learning was handled is clunky, you have to take the data out of GEE to train it, I’m sure there are reasons but I’m amazed this is the workflow.

As an aside, consider Kaggle (a Google owned company), a quick search finds 12 Competitions using the term ‘satellite imagery‘ These competitions all use some for of Machine Learning / Deep Learning. None of the submissions appear* to use Google Earth Engine. (*I didn’t find one – yet). That doesn’t mean to say the GEE doesn’t appear in notebooks/forums on Kaggle for example here. Most use it by trying to get the data out before doing the ‘data science’ part.

I feel like a hobbyist on GEE, but I don’t use it much anymore for several of the reasons highlighted above. I am not sure that there is (currently) an obvious incentive (anymore) for me to use it.

GEE is standout because

Before I get onto PC I just want to mention some of the things that are stand out brilliant about GEE
1. You just go to a website with your google account and run scripts via a familiar GUI.
2. I can give anybody a link (with GEE access) to some code I have written and it magically appears to the reciever – and they can change it and send it back.
3. I can persistently store all my code.
4. The user support is incredible. Subjectively Geo user support is always seems good. GEE has documentation with script examples. Data with script examples. Hyper active google groups, stackoverflow bursting with questions. Its alive.
5. It feels like Google geniunely like GEE, they employ alot of people on it, they build conferences on it. It feels like a passion.
6. The Python / Colab stuff has dramatically improved to the point where via a notebook GEE is potentially most satisfying.

Planetary Computer the case for

So PC. It is not obvious to the everyday user how to start. I mean compared to GEE. Once you have an account you basically spin up a server and there is it waiting for you –  Jupyter Lab with most of the environments you mean. But what to do? Its a blank screen Picasso – paint! You need to know Python or R. In fact stop, if you don’t know this everything else is gravy you need this now, its a must.

Both PC and GEE could convievably be used just for data exploration (we have alot to thank STAC for), currently PC has 82 items in STAC API Browser. They have competition but really nothing comes close for ease. Both can be used for data processing and data delivery. Both have huge timeseries. Both are actively being supported. With that said if you are already using GEE why even think about PC?

Yes Planetary Computer! Defaults to 'low cloud' in a 3 month window. This is exactly what a first time (new?) user wants. #eochat I'm loving the Planetary Computer Explorer, this is a very nice UI/UX https://t.co/3F1zPsjDdf pic.twitter.com/ru1xZplAlC

Code you write does persist if you save it in the root directory. You probably don’t want to save data there though. There isn’t an obvious way to share your code via the platform though – but you could just push it to GitHub which after all is owned by Microsoft – perhaps they could smooth this.

Deep learning – again subjectively it seems to me that the workflow is simpler. You can do it all within the Jupyter Notebook environment. There are examples of work with the MLHub

Access to the PC via ArcGIS Pro – perhaps not something I’ll be doing but linking up with ESRI user base is a smart move. Cleary new data is being added. You can spin up GPU’s machines built with QGIS enabled. And a pretty active discussion group on github.

Some final thoughts – which one?

I don’t think it is 100% clear. Some people will have strong views with their own biases. I have my own. Earth Observation doesn’t and shouldn’t aim to look like a bunch of nails to be hit with by a single hammer. Being a pluralist is in Earth Observation is a sensible move, what are you trying to do fit the tools to the problem not the tool to the problems. Choose pluralism and you can draw on other tools, you can port them or adapt them.

So GEE or PC. Both. and Opendatacube and the DIAS and and – but the future is Open.

How close are we to the general public being able to access the data via a ‘Queryable Earth‘. At present not close. Does that mean that progress hasn’t been made – no, huge steps forward. But the idea of ‘Queryable Earth’ is still inaccessible to most people. It is the delivery of this that will be the next challenge.

When i type Guayaquil 2017 flood sat images and click Maps, i want Google search to show me the flood extent in that area on that date/in that year. Is that too much to ask #GISChat #EOChat @SistersofSAR @LadiesOfLandsat?

A little postscript. Between writing this and recording this GEE released Near Real Time (NRT) landcover maps. It blows my mind that we are in a position to create these data sets. Another step forward.

Is it perfect? Absolutely not. Is anyone else doing this? Absoutely not (June 2022). GEE leads, where others follow.