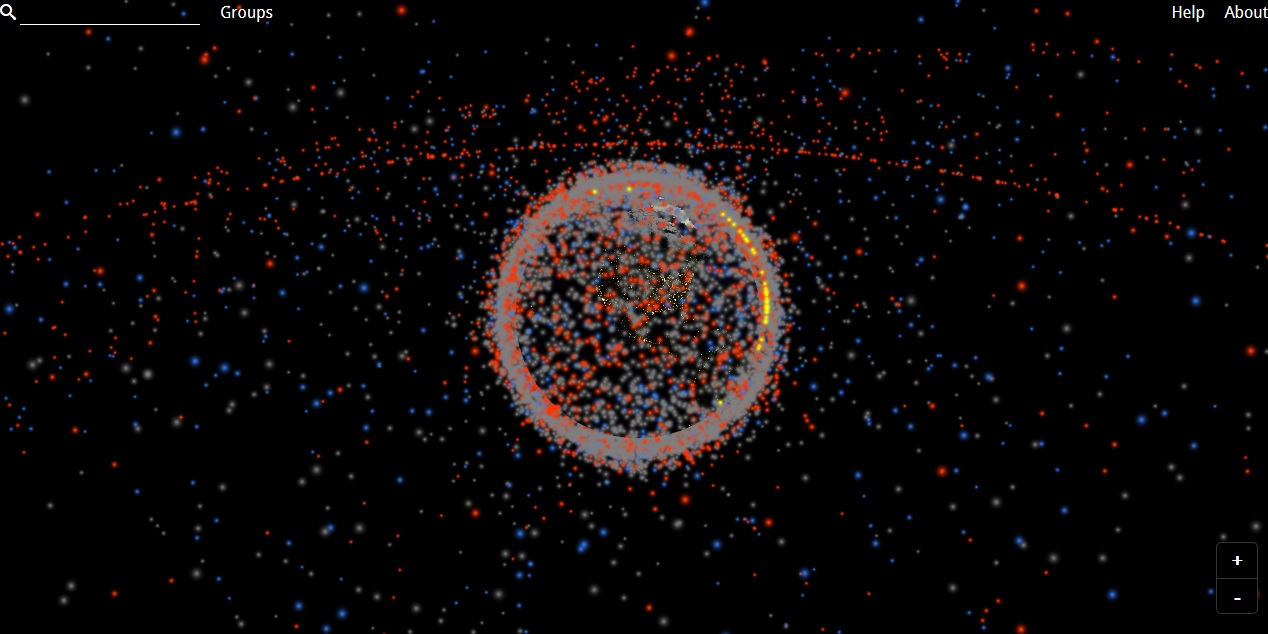 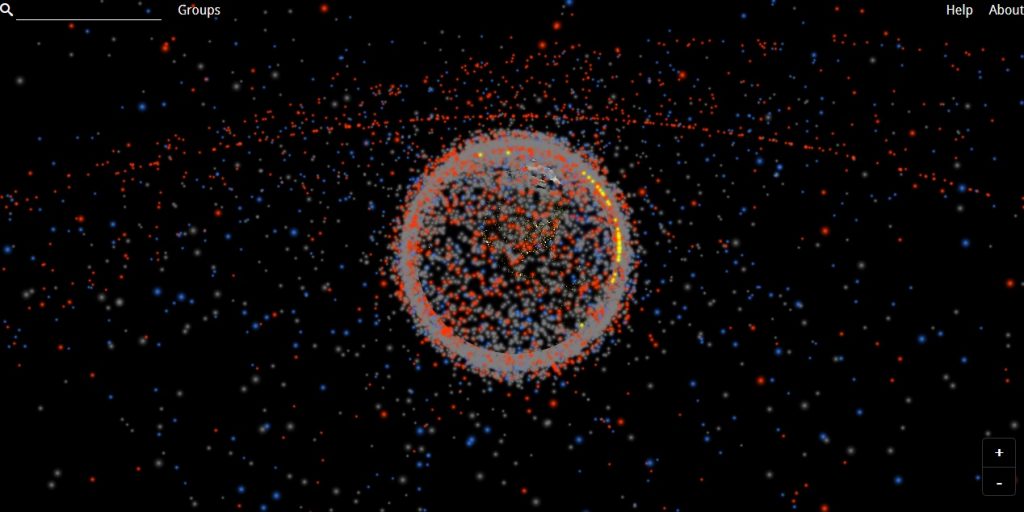 There are plenty of stunning visualisations of objects in space at present.

Starting with this one, updated in 2014

And this one from stuff in space

and an ESRI map

Plenty has been written about the number of satellites in space in 2015 and 2016. There has been an explosion in satellites since the late 1950s as this powerful animation shows.

The union of concerned scientists has a page (see below) devoted to the number of satellites orbiting the Earth (they counted 1,459 at the end of 2016) – this is the datasource that the first visualisation uses. There is an interesting slider map of every country that has a satellite in orbit.

The United Nations Office for Outer Space Affairs lists a comprehensive table of objects in orbit. It shows that there are currently 289 Earth Observation Satellites (if you search on ‘Earth Observation’) of which 234 are in orbit. It is this table that the first two visualisations are based on.

The last two visualisations (stuffin.space and the ESRI satellite map) use data from https://www.space-track.org. There doesn’t appear to be a filter on Earth Observation, however I can see in 2016 that 176 satellites went into orbit; this year there have already been 169 satellites (which includes 88 doves from Planet).

Just this Friday the Satellite Application Catapult published its small sat market report and it seems to mirror the above in much greater detail.

The small satellite revolution is here!